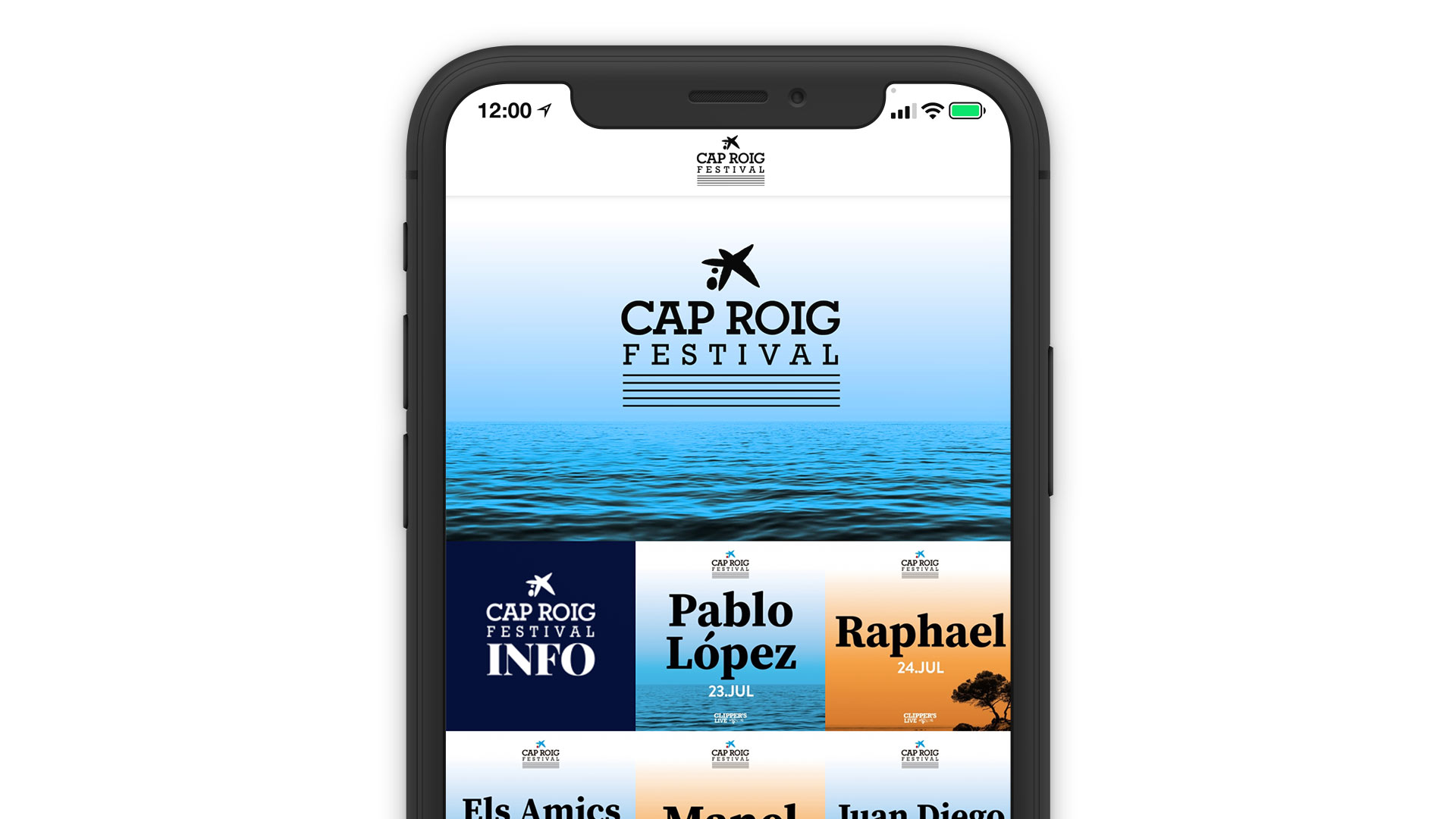 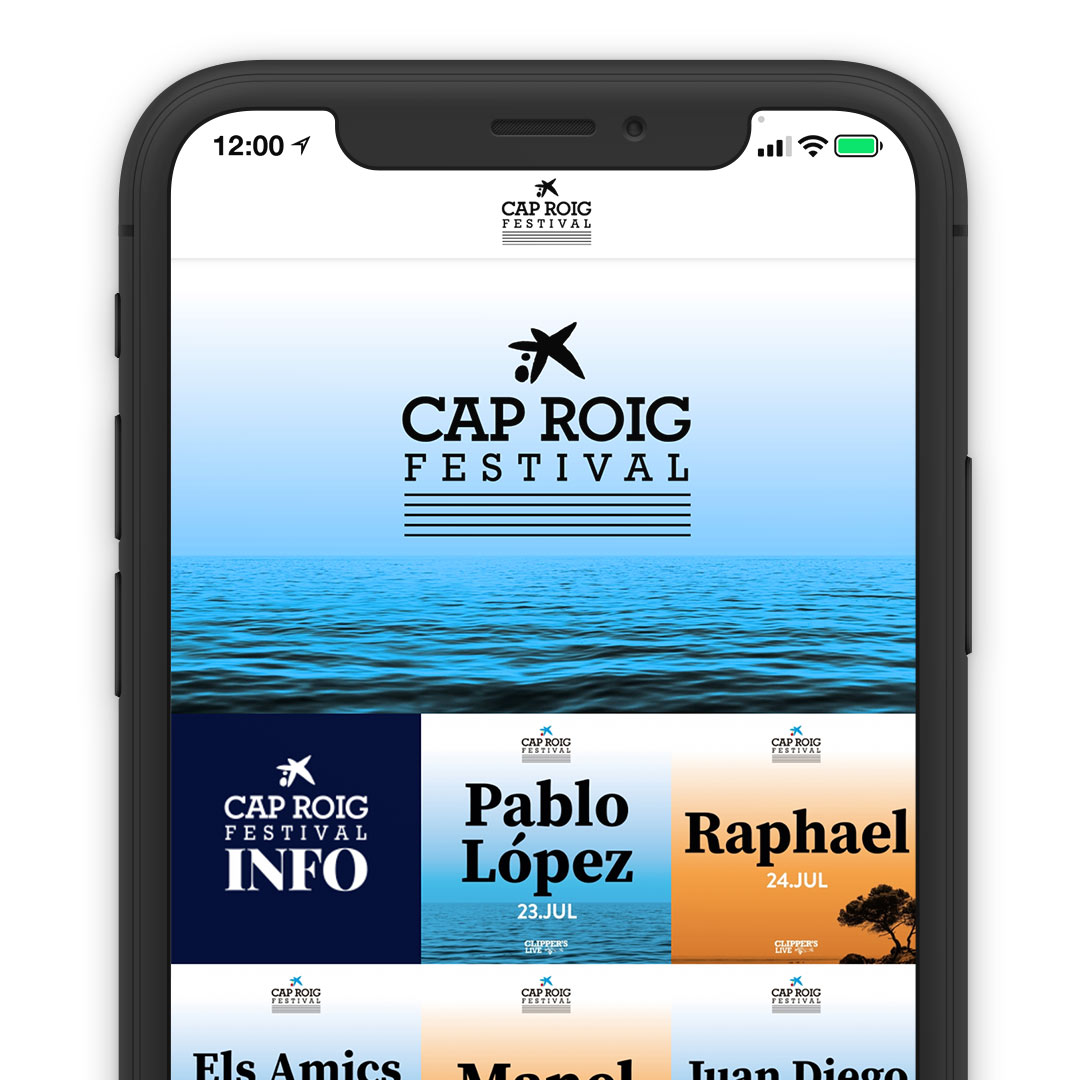 "All of us at Clippers are really proud of the CAP ROIG music festival that we have worked hard to promote over many years. Part of the make up of CAP ROIG is that it is always current and attracts people of all ages. So, we were eager to create a state-of-the-art app using SPOTLIO to engage with the ever-growing number of music lovers who prefer to use their mobile devices to book tickets and access festival information. We also wanted our app to stand out and be a little different from the rest, just like our festival and, together with SPOTLIO’s Festival App Builder, we achieved this goal. The Cap Roig Festival App is beautiful and represents our brand perfectly. We’re so happy with the result."

App
The Cap Roig Festival is the biggest annual music event held on the Costa Brava, hosting some of the most important artists on the national and international music scene. It has been running since 2001 and generates around 15 million euros for the local economy as well as 220 full-time summer jobs.

From the end of July to the end of August, the Cap Roig festival treats thousands of guests to performances by world class artists such as Elton John, Sting, Enrique Iglesias, Mark Knopfler, Keane, Diana Krall and many more in spectacular outdoor venues bathed in spanish sun. Now, thanks to SPOTLIO’s Festival App Builder, festival organizers Clipper’s Live have made the pre-festival and on-site experience much more engaging and accessible by launching a Festival Guide App that music lovers can access from any mobile device. App users are able to research the line up, plan their itinerary and even book their tickets all directly from their mobile phones. Also, thanks to the customisation flexibility of the app, the unique DNA of the CAP ROIG festival is evident on every page.